The pond dates back to the 1600s when it was known as surveyors pit and it was used as a watering shed for animals by people who transported cattle from the Midlands. The pond dried up after new homes were built on the edge of North Walsham in 1987 and the hole ended up being used as a rubbish tip. The Bluebell Pond Society was formed in 1990, headed by former Town Mayor; Roy Haynes, because the area had become an “eyesore”. The land was leased to the group by North Walsham Town Council and the dozens of volunteers re-established the pond, trees and nature. Many volunteers became involved and there is now an abundance of wildlife. The society receives about £300 each year from the town council and holds two clean-up days each year. Wildlife at Bluebell Pond includes newts, frogs, moorhens and wild ducks.
The committee is now headed by Kev Richardson. 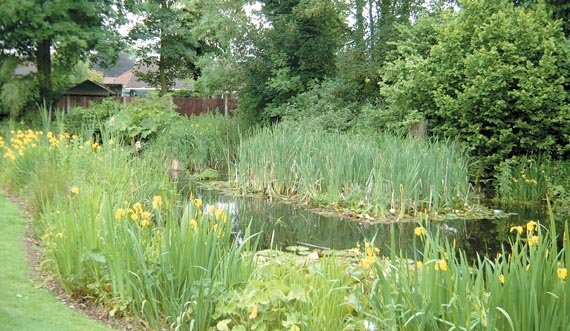