Monument to the Peasants Revolt

Monument to the Peasants Revolt 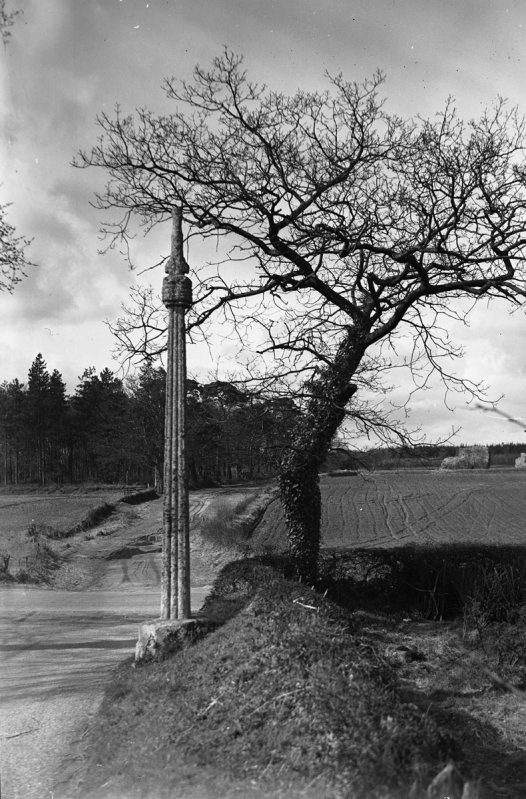 Wayside Cross near Monument Cottage on the Norwich Road photographed in the 1950s by Les Edwards. 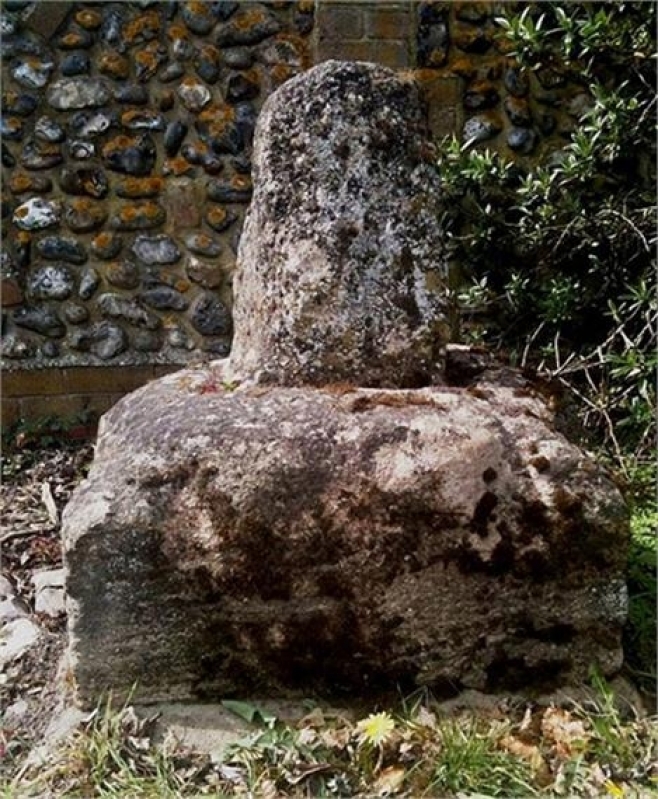 North Walsham Stump Cross near the Water Towers on the Norwich Road. 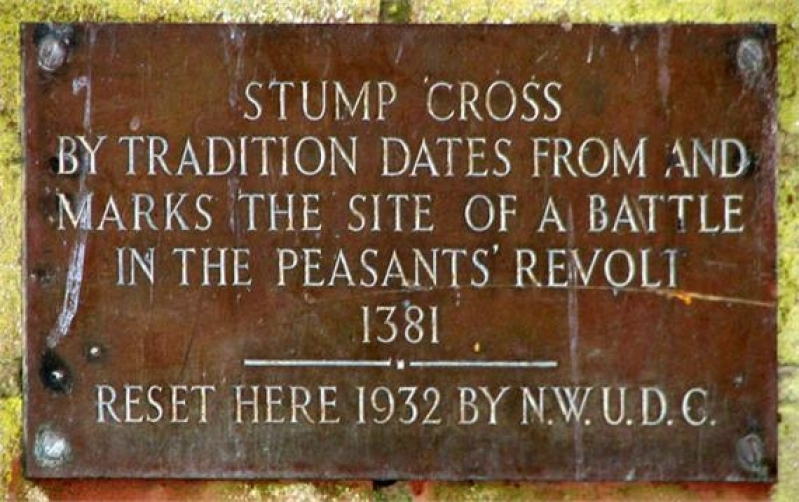 The plaque on the stump cross.

This 14th century "perch" cross (perch=fluted) standing by Monument Cottage on Norwich Road, is on what was heathland to the south of North Walsham, near the site where the "war-like" Bishop of Norwich, Henry Despenser, put down a Peasants Revolt led by the self-styled "King of Commons", John or Geoffrey Litester, a dyer from Felmingham.

The revolt was part of a general English rising in protest against a new poll tax, the cost of the wars in France and attempts, by statute, to keep down the wages of labourers after the Black Death (which had killed almost a third of the population) it was, indeed, the breaking down of the unjust feudal system. During the rebellion, Litesters men took Norwich, whose inhabitants did not resist, and compelled four knights to wait upon him at his table in Norwich Castle. A fifth knight, who refused to follow him, was beheaded!

After Norwich the rebels also, briefly, took Yarmouth before retreating to the heath near North Walsham to make their stand behind barricades. The rebels were no match for the trained soldiers of the Bishop. Some accounts suggest that most were allowed to flee, others talk of a fierce battle with many dead on the heath and remnants of the rebel forces, driven from the unfinished parish church by fire and killed.

Whatever the truth, the ringleaders were made an example of. Litester was captured; his Bishop, Henry Dispenser, heard his confession, gave him absolution for his sins and, whilst Litester was being dragged to his place of execution, held up his head to stop it bumping on the ground. Litester was then hanged, drawn and quartered. Three quarters were sent to Norwich, Yarmouth and Lynn, whilst the fourth was exhibited outside his house in Felmingham "so that rebels, and those who rise against the peace, may learn how it will end."

The cross is one of three markers for the battle. A second "stump cross" stands outside the gates of the North Walsham Water Works, whilst the remains of the third are marked, on a 1886 map, in a field, west of the Norwich Road, near Westwick Woods.

The event is commemorated in the town by two roads being named Spenser Avenue and Litester Close.