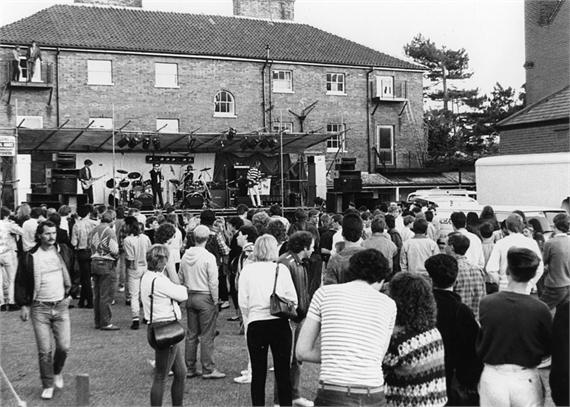 North Walsham Live Aid was formed in 1985 following the massive success of the Wembley event It was organised by Barry Holden, Gerald Turner, Rod Palmer and Darren Turner and was supported by The 3rd World Centre in Norwich.
The aim was to purchase two Bedford trucks, fill them with aid and send them to Eritrea where the famine was worst. To raise the 8,000 needed a rock concert was organised at the community centre in North Walsham with 10 bands playing for free and a memorabilia auction with items donated by many stars.
The concert was a huge success and was followed by a further outdoor concert raising in total over the two events around 10.000. Following the event we received a letter from Bob Geldof saying that our gig was the most successful spin off event, by comparison with the Wembly Gig in the country.
The NWLA group went on to organise the local participation in the "Run The World "appeal with hundereds of runners taking part.

Boxing Day 2004- The world was shaken by the devastating tsunami which claimed the lives of hundreds, leaving a huge number of orphaned children in its wake Barry contacted the old crew from 1985 and with Gerald and a new helper Carl Spinks reformed NWLA for a concert to raise money to help.
On 22nd January 2005 six bands performed, a huge raffle was held and a memorabilia auction all with the help of local businesses raised almost 6,000, which was spent helping the International Lions Club build a family centre for orphans in Thailand (see www.lionsclubs.org). 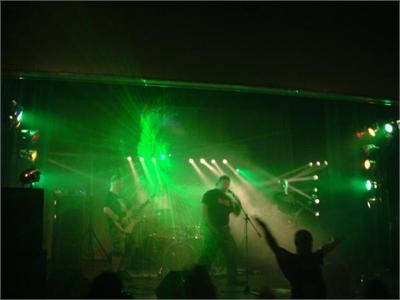 There were no plans for further concerts until many local people suggested that it should be an annual event so Barry decided to continue.
Sat 25th March 2006 saw the next event which raised around 3,000 for paediatric medical equipment for local surgeries for the benefit of local children.

Sat 28th March 2009 was the date of the last gig,which is in aid of CHILDREN with LEUKAEMIA, same venue an basic details 5 bands, memorabilia auction and raffle, special feature is that Barry was lucky enough to meet Eric Clapton, Roger Taylor, Mike Rutherford, Gary Brooker, and Jeremy Clarkson and obtained several signed items for the auction see PICS. Barry also had signed items from Bill Wyman, Thunder, Slayer, Chelsea FC, Liverpool FC. and donated items signed by Elton, George Michael, Velvet Revolver, O.C.C. a very rare sinature of GENE VINCENT and a guitar signed by Green Day WHAT a night it was ULTRA EGO, PINTO, RAW EDGE, CIRCUS AND BEYOND DUPLICATION rocked the venue and combined with the auction North Walsham Live Aid raised 6,000.00 enough to send 5 families to Tuscany for a post treatment break and also sponsor dozens of children for the huge kids party later in the year.

The concerts are always for the benefit of children. As with the first event a major part of the income is from the memorabilia auction which is supprted by stars such as Genesis, Show of Hands, Bill Wyman etc as well as organisations that have access to memorabilia. The only expences on the night are for the venue,and licenced security, all bands and helpers give their time free.
Barry would welcome any items donated for the concerts by celebs or private individuals that own memorabilia or detalis of any band that would like to perform at one of the gigs.

Give Barry a shout for more details https://www.northwalshamliveaid.co.uk

Proceeds from the gig will go to this years chosen charity
The Teenage Cancer Trust.

This text was copied and edited with permission of Barry Holden. Feel free to check out The North Walsham Live Aid website here https://www.northwalshamliveaid.co.uk. Pictures of what was auctioned can also be found here.