This ingenious sculpture by Mark Goldsworthy of Bungay was commissioned in 1998 by North Walsham Town Council. It has been carved from the trunk of a 120 year old Oak which was diseased and due to be felled. It commemorates the Battle of the Peasants Revolt at North Walsham in 1381, and the Agricultural Workers Union being founded in the town in 1906. It depicts these two historical occasions; ordinary mans struggle for justice and rights, against the odds.

The totem-pole-esque sculpture of rustic figures expresses ordinary people, striving towards a common goal, each with their own place in society, and using characters from the different generations.

The work was carried out through the summer of 1999 and unveiled in September of that year. At the end of its life this tree has become an object of interest and enjoyment for future visitors to the Memorial Park. 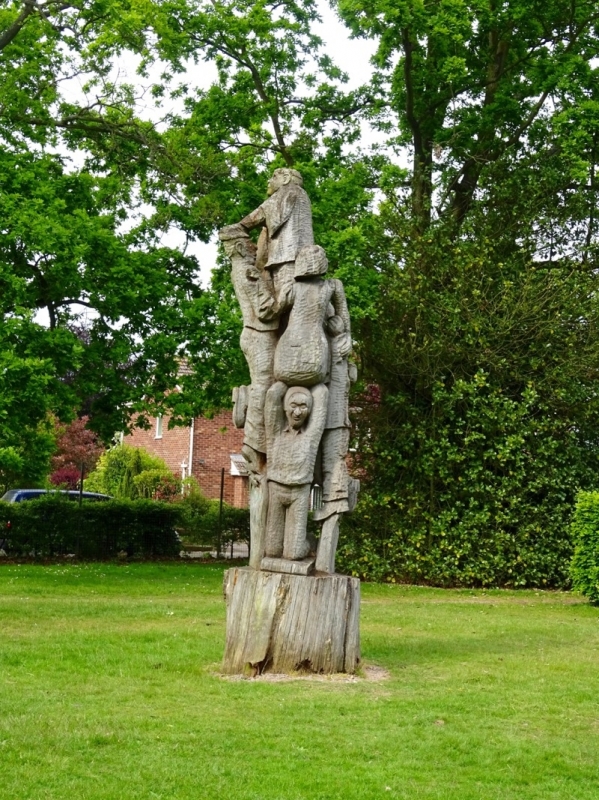 The oak tree sculpture in North Walsham Memorial Park as it is today.

The oak tree sculpture in North Walsham Memorial Park in its original position.