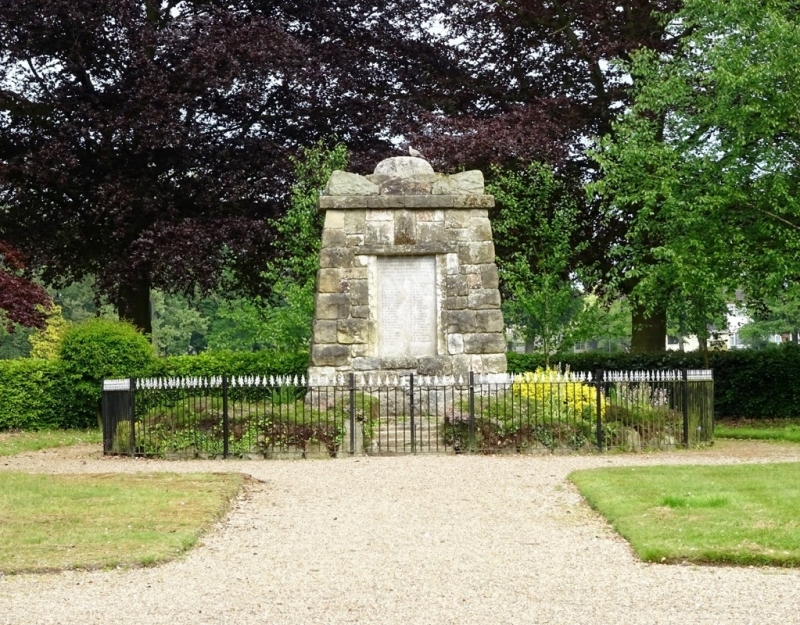 The North Walsham War Memorial commemorates the residents of North Walsham who were killed or missing in World War I and World War II. The War Memorial, situated in the Garden of Remembrance, takes the form of a cairn of masonry and Norfolk flint with an inscribed tablet of Hopton Wood Stone.
The memorial park opened in 1949, containing a beech-hedged ornamental enclosure with a cherry tree lined walk to the town's war memorial. The park was once part of a very large estate which had a Great House (The Oaks), pleasure gardens, orchards, plantations, a hot house and an orangery. The Oaks was demolished in the 1930s and its site is now occupied by the town library.