Rich in history and steeped in ancient legend the Peddars Way traverses the very best landscapes Norfolk has to offer.
Fantastic scenery and landscape cover the 93 miles (150 Km) of the Peddars Way and Norfolk Coast Path. The majority of the trail running through Areas of Outstanding Natural Beauty (AONB).

Peddars Way follows a Roman road built along the line of an even older trackway. The name is said to be derived from the Latin “pedester”, which means “on foot” and the route was built shortly after AD61 to enable troops to move through East Anglia for policing purposes. Although the name ‘Peddars’ was not initiated by the Romans, it is likely that it was coined during the 15th or 16th centuries

The trail starts in the Brecks, a unique area of forest, heath and low river valleys, running north from Knettishall Heath in Suffolk, for 46 miles through changing countryside to the North Norfolk coast near Hunstanton.
Peddars Way and the Norfolk Coast Path became joined as a Long Distance Path in 1986 in a ceremony performed by the Prince of Wales at Holme-next-the-Sea. In 1991 the name Long Distance Path changed to National Trail, and became the Peddars Way and Norfolk Coast Path National Trail, one of 15 National Trails in England and Wales.
Much of the Peddars Way can be used by cyclists and there is a special route available to horseriders. 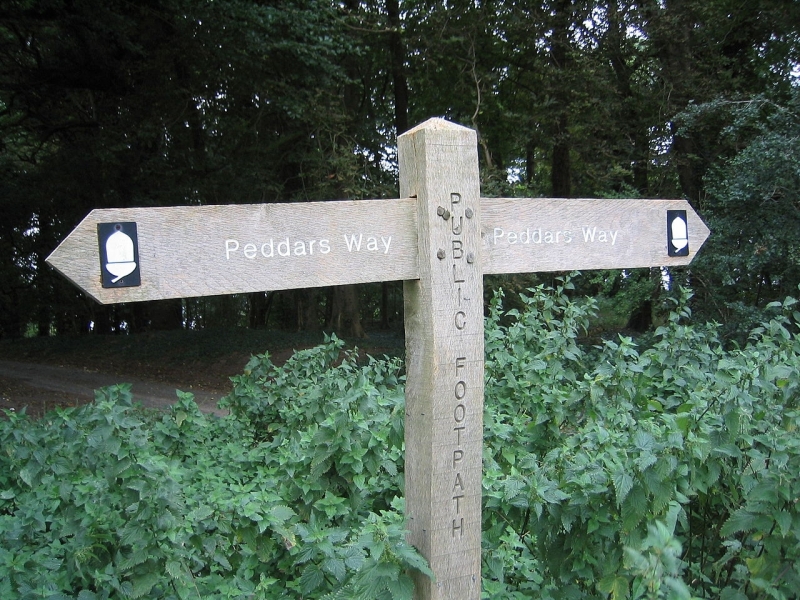